The global pandemic has crippled one too many economies. From business losses and salary cutbacks to forced furloughs, not to mention the public health and sanitation expenses, COVID-19 is perhaps the most expensive disaster humankind has had to face in virtually all aspects.

Because of this, people from across the world are starting to embrace digital currency as an added financial tool to help facilitate transactions in a cheaper, more efficient way.

Digital currencies and blockchain technology are particularly useful to a world in crisis wherein exchanging money and goods should be done in the most efficient, secure way possible. This is a benefit lacking in traditional financial institutions, whose antiquated system is peppered with red-tape, hidden fees, steep charges, and a whole lot of waiting.

Digital currencies bypass all the unnecessary processes and get things done quickly for cheap.

What Are Digital Currencies? 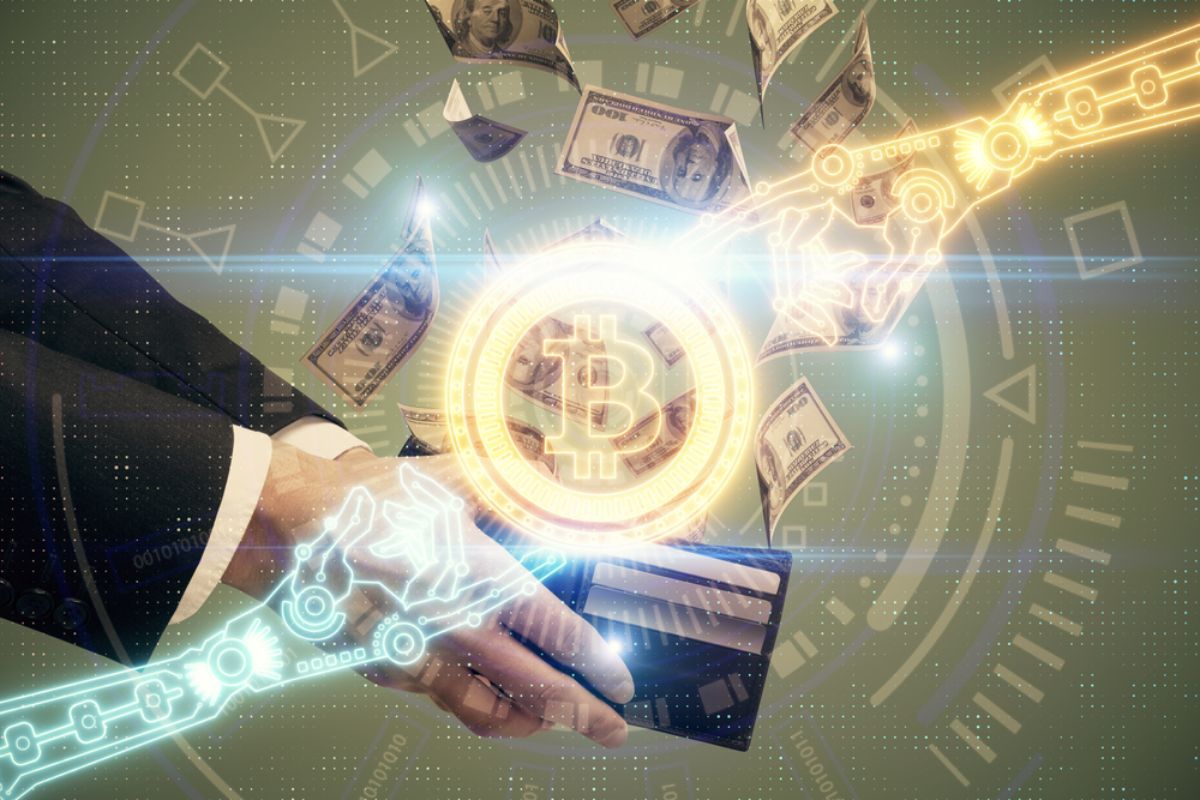 Digital currencies, also called cryptocurrencies or event virtual currency, are digital assets that use blockchain technology to facilitate the generation of currencies and authenticate transactions outside of the central banking system.

More secure than traditional fund or asset transfer systems, most virtual currencies run thanks to distributed ledger technology (DLT), more popularly as the blockchain. Cryptography allows users to agree on transactions that will be stored in a ledger, making it virtually impossible to double-spend or fake.

Bitcoin is the first blockchain-based digital currency created in 2009 by a person or a group of programmers called by the pseudonym “Satoshi Nakamoto.”

There are currently over 6,000 digital currencies in circulation right now, but the numbers keep rising as their use spreads globally.

Some of the most popular public digital currencies are Ether and Bitcoin. The collective value of all digital currencies in circulation right now is at $214 billion, with Bitcoin representing over 68% of the whole cryptocurrency ecosystem.

Outlook on cryptocurrencies for 2021 and beyond

Even social media mammoth Facebook has created its stablecoin called Libra (diem). The digital currency is intended to be backed by a collection of fiat currencies, as well as short-term government securities.

Central bank digital currencies (CBDCs) are unlike cryptocurrencies because CBDCs are state-issued and have legal tender status thanks to the government. The World Economic Forum collected data from central bank researchers, international organizations, and leading experts to craft the CBCDC Policy-Maker Toolkit in January 2020.

Some of the world’s top governments are leading the shift, including The Bank of Canada, the Bank of England, the Swiss National Bank, the Bank of Japan, the Bank for International Settlements (BIS), the European Central Bank, and the Sveriges Riksbank.

They have been studying potential scenarios wherein CBDCs might be used in their countries, specifically when it comes to cross-border interoperability, knowledge sharing on emerging tech, and economic implications. The participating nations are also deliberating functional and design choices.

Some Asian counterparts that are also planning to launch their virtual currency are Thailand, with their Project Inthanon and China, with their retail CDBC that has a two-step approach: commercial banks convert part of their central deposits into CBDC, and the CDBC is disseminated across consumers.

CDBC development has been underway in China since 2014, intending to boost trading between China and other nations through large loan grants. With an increase of 123% in China’s currency over three years, it could be assumed that the strategy has worked for them, as they were able to accumulate wealth at a quicker pace than other nations.

This Chinese currency surge has prompted the acceleration of the US Federal Reserve’s assessment of the CBDC, with staunch advocates of CDBC calling for the US to have their own.

Tokenization: from physical to digital

What it does is to replicate a “digital twin.” It could be expensive artwork, jewelry, real estate, and even goods or services rendered.

Experts weigh in on what’s next for cryptocurrencies

The next few years are going to be a decade filled with exciting blockchain developments. Fintech has received a significant boost in innovation this year, and its value continues to increase.

According to Temtum Founder and CEO Richard Dennis, buying digital currencies with fiat money will likely be easier to accomplish. Purchasing digital assets with cash is not a far-off idea, as more and more people are becoming cryptocurrency consumers.

Christel Quek, BOLT Global Chief Commercial Officer and Co-founder, predicts that several companies will feel the advantages of blockchain applications when it comes to IoT and AI logistics tasks. Coordination will become quicker and more efficient.

Global Analyst Relations Manager Helena Schwenk from Exasol noted that blockchain would soon be incorporated into various business models. For instance, Coca-Cola leaped as they are poised to use blockchain to manage their cross-part transactions.

The emergence of Bitcoin SV and its benefits

For buyers or investors, it’s still better to bet on a safe, secure, and reliable digital currency like Bitcoin SV.

The team behind Bitcoin SV plans for a stable protocol and massive on-chain scaling while also reviving the Satoshi protocol, which will enable the expansion of the cryptocurrency into the global market.

You get accessibility and scalability on a massive scale while maintaining a highly secure and regulation-friendly network.

Cryptocurrencies and blockchain are the future

Digital currencies are moving into the mainstream because people need financial tools to support their day-to-day.

Traditional banking systems have a lot of pitfalls that add up to an inefficient whole, including multiple unnecessary processes, in some cases, hidden fees, and notoriously long waiting periods before funds come through.

Blockchain and cryptocurrencies are instrumental these days in the middle of the pandemic when speed and security are vital when it comes to transaction automation. Cryptocurrency and blockchain are both changing the way businesses and people transact, making financial processes more efficient, secure, and accessible to many.

It has made such a huge impact that giant corporations, such as Facebook and leading countries’ central banks, are already planning to roll out their digital currencies sometime soon. Many individuals are also starting to study the benefits of using digital currencies as another stream of income or incorporate them in their financial strategies.

Are you planning to research what cryptocurrencies are viable for your financial goals? Take a look at Bitcoin SV performance, and see how it will fit your profit-making plans.

Kimmy Maclang Kimmy is an experienced content writer with a demonstrated history of working in the internet industry. When she is not writing, she spends time outdoors with her dogs or crochets.