The fact of the matter is pretty wide, that success is beyond the brand name. Beginning with this fact may concern you but it’s a success story of Samsung. The Global market share of Samsung from January 2019 to January 2020 was 31.31%.

It’s beyond all the major Smartphone’s giants market share including Huawei and Apple with 9.95% and 24.79%, respectively.

The South Korean Giant Samsung got a chance to rise up in the US, when the country imposed a ban on China-based Huawei. This technological controversy led Samsung’s Global market to sky.

US has banned the functioning of Google Mobile Services on Huawei, which caused major harm to the brand’s market. Talking about the European smartphone market of Samsung, the company experienced a rise of 2% in the market share. Samsung took good advantage of US-China’s Technology conflict.

Although Samsung has been standing out in the smartphone market since last decade, still it faced a bit low time in the fourth quarter of 2019.

Oppo, Realme and Xiaomi managed to play aggressive marketing and pricing campaigns which influenced the flight of Samsung.

Talking about the statistics, Samsung experienced the decline in various regions. In Middle East and Africa, Samsung had the market share of 22% which dipped to 20% in that tenure.

Central and South American regions faced a slip from 36% to 34%. However Samsung wasn’t falling down in every region. Chile, Italy, Peru, Portugal, and Ukraine let Samsung have the highest market share and gave it a rise of upto 23.2% within a year.

The criteria of this huge development in market mark exclusive aspects.  Connecting with the world and technology has been the forte of Samsung which uplifted the brand’s name worldwide.

Let’s discuss the facts which made Samsung through all the hurdles to be No. 1:

4 Facts That Made Samsung No. 1 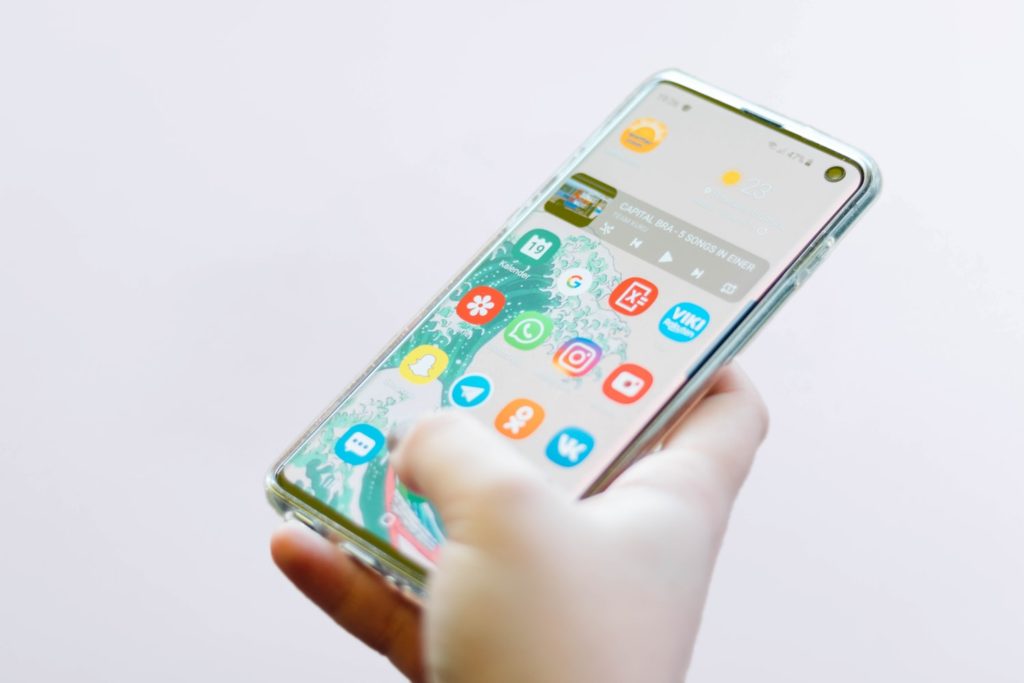 Samsung has played with the “Latest” of technologies since the brand’s birth. The Samsung Galaxy phones were the arrival of ultimate Android OS smartphones.

Presently, Samsung mobiles have entered into the era of 5G and AI, spinning it with the foldables. Samsung had the dream of foldable phones for so long but it, at last, surfaced in 2019 with the name- Samsung Galaxy Fold. 5G network technology is too successfully experienced by Samsung. The Samsung GALAXY S10 5G debuted with the network.

Combining the human intelligence into the phone, Samsung provided higher performance and efficiency in comparison with any conventional CPU with Artificial Intelligence.

The Seoul-based company has remained determined over the innovation in every aspect. The very Samsung Galaxy smartphone was the Samsung GT-I7500 Galaxy, which appeared in the size of 3.2 AMOLED display. However, the upcoming recent Samsung S20 lineup is prepared to launch the flagship with three different and bigger screen sizes:

Apart from this, Samsung launched its first foldable smartphone with an enormous display size of 7.3”.  The dream of a Foldable screen phone was into the plan of the company since really long and the company’s endeavors proved it to be best among all of its category.

Samsung faced a rivalry from the Clamshell Phones pioneers, Motorola. But they failed to withstand the standards of the South-Korean giant.

Taking a rundown of screens, Samsung starts from 3.3” to 4, then towards the 5 and now above 6” of display sizes are in trend. It made the phone screen better and exclusive with curved and foldable displays.

Samsung’s processors are making them unique in terms of its functionality and UI.  The SoC developed by Samsung is named Exynos which acquired the most recent capacities. Among the famous generations, there  are Exynos;

Samsung has the development and licensing contract with AMD which will assist them in the mobile phone graphics market.

Not officially announced yet, it can be said in the press release, we expect the AMD IP is functioning over the Samsung’s Exynos mobile System-on-Chip (SoC) processors.

4# The Galaxy of Cameras

Not flaunting the successful move of Samsung camera phones, but the Samsung Galaxy S20 Ultra boasts a 108MP camera.

The cameras are multiplying into dual, triple, and quad. Now, the Samsung mobile phones are holding the six cameras, rear and front, all together in Samsung Galaxy Fold.

Apple phones have ruled the industry in Camera phones but now their reign have ended with the upcoming Camera gadgets of Samsung.

The camera quality of Samsung mobiles has always attracted the users with its progressing shooter lens. Dated back to the year 2009, the first Samsung smartphone had the only 5MP camera with flash. But now it has evolved into much better and bigger.

In the coming years, Samsung can’t be underestimated in terms of its exclusive features and technologies. Don’t expect the Samsung smartphone to fall from its position as the pace is never getting slow.

From the latest technologies of stunning shooters, Samsung has the ability to flaunt each of its features. Let’s see what is coming forward!

Author bio: Anna Watson is a graduate from San Diego State University and a blogger online. She loves to write about tech, business, marketing, and many more. Follow her on LinkedIn and Twitter @annawattson25.

Digital Currency vs. Cryptocurrency: The Pros and Cons