The New Year started off with the commodity bull market being fuelled by increasing inflation and a Russian war that has exacerbated this rise as well as a general, widespread calamity.

Due to the heightened financial uncertainty that has arisen globally, the demand for tangible assets has skyrocketed. There are countless benefits to investing in precious metals.

While it cannot be disputed that precious metals hold a very well-deserved place in an investment portfolio, it is important to be market-savvy and make smart investments to limit the residual risk associated with the investment.  Let’s have a closer look at just four good precious metal investments you can make this year. 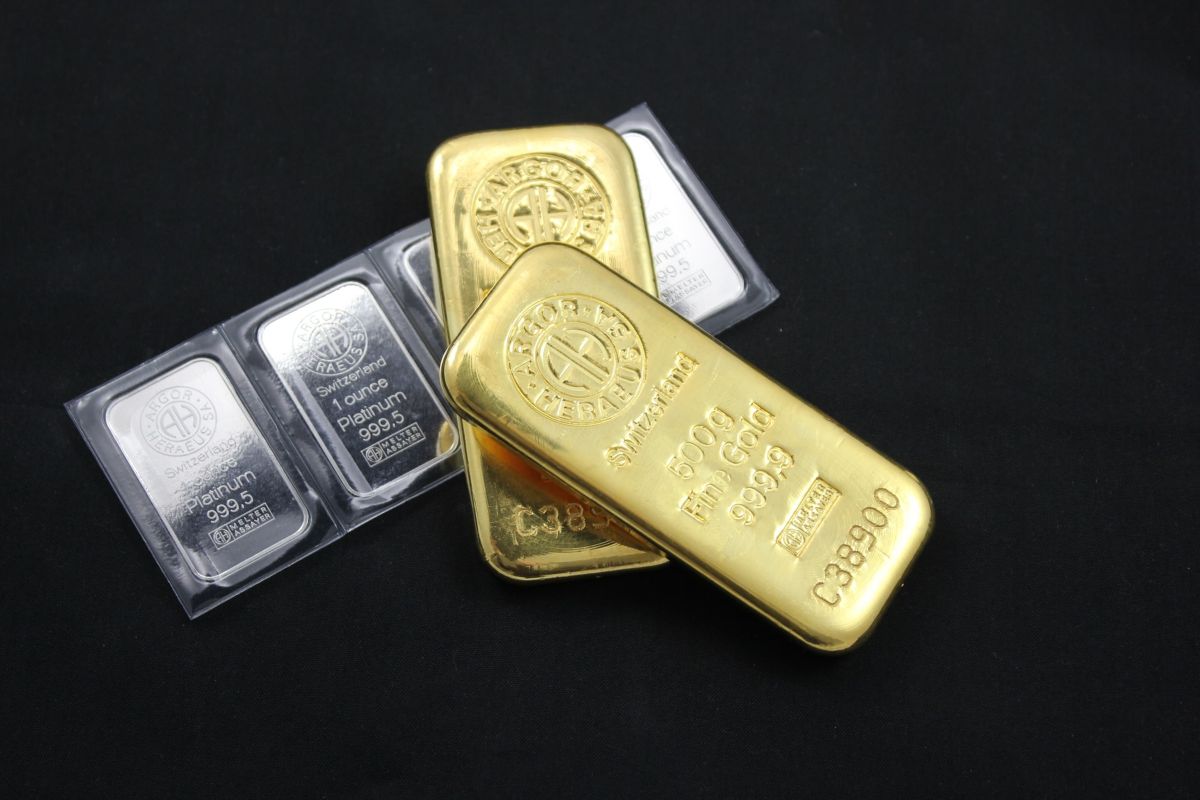 1. Gold is Predicted to Bounce Back

Gold ended 2021 down 3.6% – its largest yearly decline since 2015. With inflation going haywire across the world, however, having physical gold in your portfolio is an absolute must according to seasoned investors. Kitco’s latest survey results also indicate that gold is set to make a comeback this year with 32.7% of respondents predicting it to end up being the top performer of the year.

Wall Street is also bullish on gold, stating that it is in a very good position to rebound. Even if other stocks do end up outperforming gold, wealth managers still recommend that 10% of an investment portfolio is kept in gold to protect the investor against potential economic slumps.

At present, the most favored gold bullion options are gold bars and gold coins. Deciding to buy a bar of gold could prove to be a very wise decision, even for small-scale investors, considering how rare and valuable a commodity it is.

2. All that Glitters could be Silver

Like gold, silver also failed to impress last year, ending the year down 11.5%. Respondents in the Kitco survey were optimistic about the year ahead, though, with 32.1% picking it as the top performer for 2021.

Everett Millman, a precious metals expert from Gainesville Coins, is positive that silver has the best outlook for the year. He stated: “It is so cheap relative to other metals and other commodities. And it figures prominently in emerging technologies and green energy. It is a perfect storm for silver to finally break out in 2023, especially after it really lagged gold these past few years.”

Historically, tends to enjoy an upsurge whenever gold does which means that if the predictions for gold do materialize, silver is bound to follow suit. There are a number of ways to invest in silver with the easiest being going through an exchange-traded fund (EFT) that will allow you to gain full ownership to physical silver that is stored in the vault of the fund.

3. Invest in Platinum Before Prices Soar

During the first week of January, the World Platinum Investment Council (WPIC) indicated that the global platinum yield for 2023 is going to be much larger than previously predicted. With prices decreasing, there is no time like the present to invest in platinum as the trading price is predicted to bounce back very strongly later this year.

Like silver and copper, platinum is often used in industrial applications which will ensure that it will always be in high demand. The demand for platinum is actually predicted to skyrocket over the next five years as more focus is placed on fighting climate change worldwide.

There are a number of ETFs worth considering if you are looking to invest in platinum stock. Among the most popular are the Aberdeen Standard Physical Platinum Shares ETF and the South African-based Sibanye Stillwater.

4. Palladium is a Precious Commodity

While palladium is not as well-known as gold, silver, and platinum, it does sport more industrial applications.  The shimmering, silver-colored metal is used most often in manufacturing processes as well as medicine, chemistry, dentistry, and the treatment of groundwater.

Palladium is predominantly mined in South Africa, Russia, Canada, and the USA. As the supply continues to dwindle the price will continue to soar, making now as good a time as any to secure an investment.

Retirement investors, in particular, can gain a lot from investing in palladium as it is not directly linked to the stock market. This makes it an invaluable asset when trying to protect your investment portfolio from the instability of the stock market.

There are a number of superb palladium stocks to consider this year including Anglo American Platinum, Impala Platinum Holdings, and the Canada-based Platinum Group Metals.

The year ahead is promising to be a very good one as far as precious metal investments are concerned. While it is never possible to predict with 100% accuracy how the markets will perform, conducting your own research and following the advice of reputable traders can help you make very profitable investment decisions.

5 Effective Ways To Build Wealth While Working in a 9-to-5...

5 Effective Ways To Build Wealth While Working in a 9-to-5...