Honda civics running Earth Dreams engines are some of the models alleged of mixing fuel and oil thus causing engine overheating, as reports. 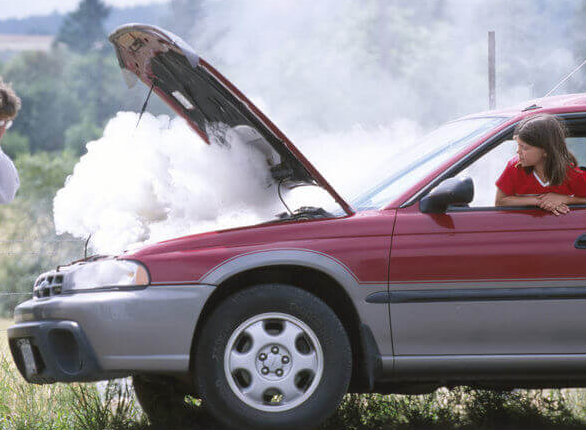 To have a save ride, checking all what can cause your car to overheat should be a habit before starting the engine. Even though overheating may be caused by technical errors from the production plants, running some checks can prevent overheating before it happens.

Unless you’ve been under the steering wheel for days or driving under the influence of a substance, you’ll experience overheating of the engine.

Strange smell from the engine, raising temperature gauge and steam like smoke emanating from under the hood are serious symptoms your engine may be overheating.

Cooling system is the engine’s front line defense when guarding overheating of cars. Maintaining the cooling system at its optimal functionality while still ensuring the other preventive measures are often checked will prevent your engine from overheating.

1. Keep Watch Over Your Temperature Gauge 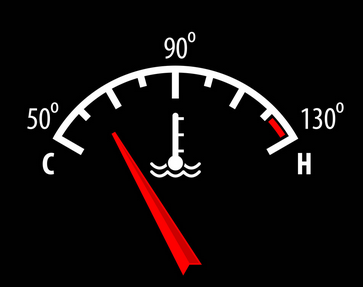 Making it a habit to monitor your cars temperature gauge will make you know when the engine temperatures start to rise. The biggest challenge is most drivers are addicted to the speedometer and equally is the fuel gauge.

If you invest in understanding how engines work, monitoring its temperature will become the number one priority.

In order to rule the temperature is above the normal, you’ve to monitor the engines running temperatures under different conditions and have a mental note.

Whenever you notice the temperatures is above normal rating, know the car is overheating and pullover the car to allow the engine to cool.

2. Ensure The Coolant is Topped-up And in Proper Ratio with Water

Not many drivers take use of coolants as important and therefore do not use the right mixing ratio. They mostly fill the radiators with water and assume all is well.

Even though water is good at cooling the engine, coolant is much better due to high boiling point. Coolant also helps lubricate the engine thus prevent it from corrosion.

Whereas the right coolant to water mixing ratio should always stand at 50/50, some coolants are more concentered and require a 60/40 ratio: Honda Civic best utilizes this ratio. However, always check on the manufactures suggested mixing ratio.

Again, where the temperatures fall below 0°C for longer periods, have the antifreeze 60% and water 40%. In average climatic areas, a 30:70 (30% antifreeze: 70%water) ratio would work well.

3. Check on The Radiator Cap

The radiator cap play a very critical role in maintaining the pressure of the cooling system. It prevents boiling over of the coolant-water mixture. Radiator caps are spring loaded. The spring tightly loading the cap wears out with time thus leading to leaking of the pressure.

Once the cap begins to leak, the pressure in the cooling system decreases which eventually results to overheating of the car. Examine the spring of the cap frequently to ensure its firm and incase of any doubt, replace the cap.

4. Flush Out Fluids in the Radiator

How often do you replace the old fluids in your radiator? During your periodic car service days, it’s good to flush out the fluids in the radiator whether full or not if you want to avoid overheating of the car. Why some cars are selling so well is because they are cheap to service. You can even service such like cars more often.

After draining the old fluids, flush the radiator lines with flush fluid compound. Once the flushing process is done, refill the radiator with new coolant and fresh water in the right mixing ratio.

The car condenser helps in condensing high-pressure gas into liquid and then releasing it back to the expansion valve. A problem in the condenser is likely to cause overheating of the car.

Car condensers are usually located at the front of the radiator. At this position, debris and other dirt’s are likely pile up at this position, and thus blocking cold air from reaching the condenser.

To maintain cars’ new engine performance, cleaning the condenser and monitoring the entire cooling system is a no option.

Condensers key function is to dispense heat in the engine to the outside. To avoid overheating of the car, it’s good to service the condenser after every 3-6 months. Don’t forget the check the fan motor regularly. A damaged or weak  fan motor will cause heat to build up in the condenser and make the car to overheat.

A car may overheat due to many reasons. All the reasons should be at your figure tips if you want to avoid the car from overheating.

Auto brands like Honda Civic and Toyota Avanza are yearly releasing new variants with new engine features in a bid to improve their engine performances.

To support their efforts, it would prudent if we also continuously keep the cars in check to avoid overheating.

How The Blockchain Can Protect Your Fintech Data

The Exciting Future And Possibilities of Smart Cars

The Best 3 Ways To Save on Your Tax Bill

Editorial Staff - January 18, 2022 0
It is essential for any business these days to be using automation. It can streamline your workflow and free up resources that allow your...

8 Web Design Trends That helps you with Better UX in...

8 Web Design Trends That helps you with Better UX in...