Globalization is a complex area of inquiry, but at its most basic level, globalization brings two cultures together. Anytime two cultures come together, it affects both of them. The one that immigrates and the “home-born”. Today globalization just doesn’t mean trading goods from one another, but it also stands for communicating and interacting globally.

Globalization brings cycles of changes, and successful businesses are the ones that have effectively cracked the code and have moved towards building a system that allows them to adeptly deal with these cycles of changes.

The need to adapt to globalization has increased in recent years. The time is ripe to understand and adapt to the disruptive effect that globalization is having on the trade as well as the workforce. Globalization calls for a review of trade policies and it demands the dismissal of the business and trade models that have been in play for the last 30 years.

Data flow has been on the continuous increase and has soared 45% since 2005 and it is expected to continue increasing for the foreseeable future. People can stream videos on YouTube and get to connect with the lives and stories of people from different countries. The same goes for the users of Facebook. Facebook estimates that there are around 50 million “micro-multinational” businesses that use its platform, and the fan base of these businesses is made up of 30% of people from different countries. By connecting people from across the world, platforms like Amazon and Alibaba have changed the rules of how businesses are conducted now.

4 Strategies for Adapting to Globalization 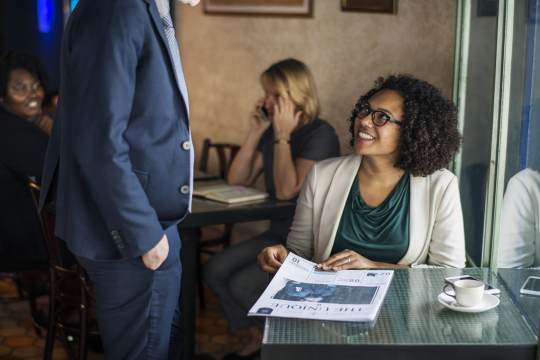 In a world where customers have become oriented towards services and solutions, it is important to have a workforce that is dedicated to creating a seamless experience for the customers.

Global connections across the virtual platforms mean that employees must know how to deal with cultural diversity and know how to cater to customers anytime and anywhere.

Companies should focus on creating cultural awareness and encourage collaboration among its employees to make a difference. There are many companies which strive for cultural diversity, Google employees, for example, share common goals for the company but they have a diverse culture where everyone feels comfortable in sharing their opinion.

It largely falls on the company as well as team leaders to anticipate the shifting trends and identifying the most practical strategies for dealing with them. They have to provide a vision and lead their team with a defined purpose.

Leaders have to create an environment where everyone feels confident enough to voice their opinions, this creates a sense of empowerment which in turn makes the team members capable of making an important, quick and creative decision when it is required of them instead of fumbling. It also encourages them towards becoming a more productive member of the company and realizing that the success of one is the success of both.

With the advent of globalization, leaders have to be comfortable with a shifting status quo and they have to feel comfortable in leading with ambiguity.

“When you were made a leader you weren’t given a crown, you were given the responsibility to bring out the best in others,” ex-GE head Jack Welch once said.

It is a myth that globalization is on the retreat, even though it has slowed down, globalization is here to stay. As mentioned above companies like Amazon and Alibaba have made global trade easier. Where cross-border trade was almost non-existent a decade ago, today the digital trade has more effect on the economic growth than the traditional trading methods.

An example of an industry giant that massively failed to adapt and went obsolete is Kodak. They didn’t want to overshadow their film camera and hence, even after being the first to invent the digital camera they were forced out of the market by companies who seized onto this opportunity.

On the other hand, an example of a successful company, in terms of customer-oriented approach, is the multi-million dollar Chinese conglomerate, Haier. They were named the market leader for major appliances from 2009 to 2014. The group reinvented itself 4 times in response to customer feedback.

As globalization increased, so did business automation. There were quite a few benefits to automating your business model. It meant fewer human errors and an increased efficiency, which in turn lead to greater customer satisfaction. Once you have perfected the automation process you can rely on it to be consistent.

Company founder, owner, and president, Sean Patrick Hopwood of Day Translations, Inc. sites business automation as the stepping stone to success for his company. He says that he saw an opportunity when he had the idea to automate his business model for Day Translations, Inc. when he realized that as interpreting and translation company he would need to have translators and interpreters worldwide, and he would have to first have a streamlined process for hiring them, and then keep track of all their interactions with the company.

“We had to systematize and automate the way that interpreters and translators could apply to our company in order to grow to the size that we are today.”

Adapting to globalization not only means finding creative ways to take advantage of opportunities made available but it also means dealing with the people who have suffered because of it. People who have lost jobs due to globalization must receive help in acquiring new skills. They should have the help they need to become well versed in new skills that they can utilize to provide for themselves.

For example, governments can start training programs that are specifically directed towards helping train these people in a short amount of time. The global community must now step up and make policies that are directed towards making the next phase of digital globalization as efficient and productive for all those who are involved.

Why Hire A Cyber Security Services Company & How To Do It