AI is playing a substantial role in altering the social media landscape, changing the way people use social media and how brands advertise while prompting new regulations as a result.

The idea of social media knowing you better than you know yourself is a reality. Facebook AI can analyze your data comprehensively, from how much time you spend reading a linked-to article to which ads you click. In fact, anyone can access this data on Facebook by going to their “Settings” and clicking on “download a copy of your Facebook data.” There, you will find a trove of data Facebook utilizes to match advertisements with your interests and activity.

The AI for advertising on social media emphasizes a balance of global strategy and micro-targeting, focusing on an individual’s traits, as well as the more general characteristics of the target audience group with which the individual tends to align. Facebook and others continuously review and adapt this process to ensure accuracy, emphasizing how AI doesn’t necessarily signal the end of social media marketing.

AI will continue to play an influential role in advertising on social media, though creative ad campaigns and ensuring AI accuracy remain manual jobs essential for accuracy and thoroughness.

How AI Is Changing the Way We Use Social Media 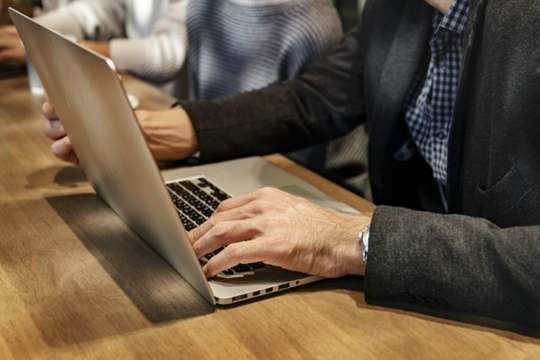 AI has a strong influence on what posts we see on our news feed, so naturally, artificial intelligence is changing how we use social media.

Generally speaking, people understand every action they do online is now part of an impenetrable online record, with AI aiding the establishment of data on that online record. As user education becomes a more substantial priority among social media users, it’s probable they will continue to exercise more caution into what they say and view on social media.

There is ample debate regarding whether AI’s increasing role in the social media experience is beneficial or detrimental.

On the one hand, consumers realize using a free service or platform entails the presence of advertising — the platform must make money somehow, after all. On the other hand, the algorithms and AI that dig deep into your interests and browsing history can feel like a breach of privacy, especially in the wake of Mark Zuckerberg’s testimony, where he said Facebook is not responsible for such violations.

The reality is, AI’s presence on social media is a mixture of good and bad, personalizing the overall experience to make things more relevant and exciting, in exchange for breaching one’s privacy in the process. Social media users must ask themselves just how much they are willing to give up for a personalized experience while weighing the privacy intrusiveness of each social media platform.

The security issues AIs prompt relate to their potential invasion of privacy. When seeking to personalize the social media experience and by extension increasing the chances an ad will get clicked on, AIs are tapping into information many users would deem private, such as their geolocation, browsing history and previously clicked-on ads.

There are regulations, both proposed and in action, that attempt to provide more transparency to this data collection process. Among the most prominent is GDPR, a provision in EU law on data protection that aims to give control back to citizens regarding data collection.

GDPR only applies to EU residents, with the personal data definition being “any information relating to an individual, whether it relates to his or her private, professional or public life. It can be anything from a name, a home address, a photo, an email address, bank details, posts on social networking websites, medical information, or a computer’s IP address.”

Websites and businesses that do not comply with GDPR can receive substantial fines of up to €20 million, a deterrent even for large companies. Although there is some skepticism regarding how the EU plans to track infringers, GDPR’s prominence highlights a trend of tech and social media regulations that regard AI’s impact on social media as something that requires addressing.

The debate regarding the necessity for regulation on AI continues even among some of the most notable figures in tech. For example, Elon Musk and Mark Zuckerberg continue to debate over the potential perils of AI publicly.

Zuckerberg views rising AI technology like deep learning as hugely beneficial, with the potential to change humanity for the better with advances in self-driving vehicles and health care. Mush, meanwhile, views AI as civilization’s greatest risk. Musk sees artificial intelligence decision-making as optimal in a sense, though while ignoring basic morality, such as putting profits always ahead of human life.

AI will continue to play a fascinating and debated role in technology and social media, specifically. The ways we browse social media, as well as how advertisers interact with users on social media, are among the many factors artificial intelligence is already influencing.

5 Simple Tips To Help You Decide Whether To Move For...

Guest Author - December 8, 2022 0
Moving away sometimes isn’t an easy decision. The answer isn’t always as clear as whether a person should move. And moving for a job...

What Kind of Data Storage and Management Does Your Business Need?

5 Simple Tips To Help You Decide Whether To Move For...

What Kind of Data Storage and Management Does Your Business Need?