The global market size of AI in Healthcare, as of 2020, was over 4.3 billion dollars. And that was before the pandemic, and the need for virtual assistance and digital doctors became a priority for most medical professions and startups.

By the year 2027, the industry, how AI is used in healthcare will skyrocket — to what point? Cautious estimates put it at an annual 33.7% growth. This catapult effect is largely driven by the higher need for personalized care, unique patient treatments, and an increase in drug patients and drug discovery.

Today, AI is reshaping healthcare — from AI-powered remote patient monitoring, all the way to mapping out a person’s genome and giving them a prognosis of how their biology will evolve over their lifetime.

In this article, we’re going to talk about some of today’s consumer-oriented AI trends in healthcare. 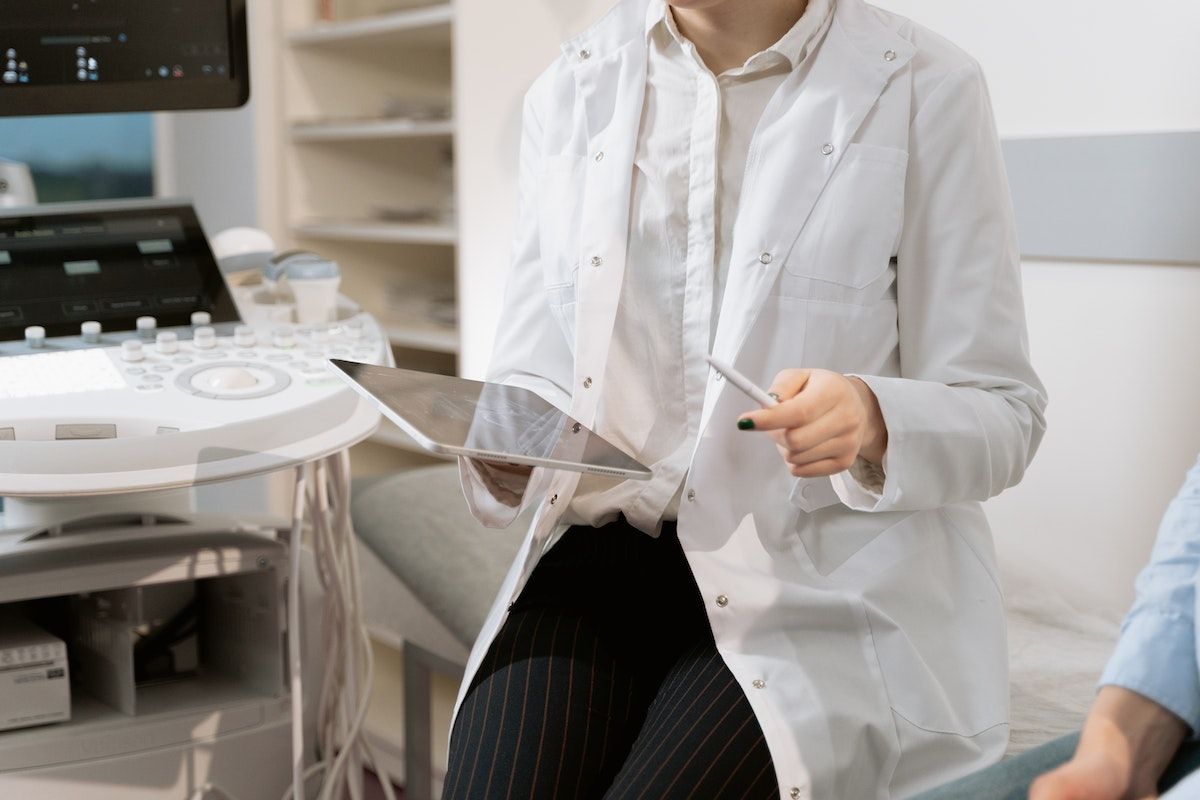 Artificial intelligence, commonly referred to as AI, is the simulation of biological cognitive processes by machines. Mainly software. The field of AI research and development is divided into subfields that include social robotics, machine learning, computer vision, and natural language processing. It is vast, it is complicated, and, to many futurists, AI is poised to radically change the world.

AI systems are designed to behave intelligently, to exhibit more or less human-like intelligence. They can respond to new information by making changes in their behavior and actions.

One way AI systems are designed is by giving them the ability to learn from experience, for example, a computer system would be able to incorporate new knowledge about the world through trial and error and then build an intelligent model that can be applied to other similar situations.

Since machines, unlike humans, can instantly recall and access new information – at nanosecond speed – they can evolve at an alarming rate. For example, AI can learn to play the piano in a matter of seconds, learn from its mistakes – regarding tone, pitch, and harmony – and incorporate musical techniques in the blink of an eye. In less than half a day, AI can recreate – out of scratch – famous musical compositions.

The history of AI is a long and complicated one. The term AI was first coined in 1956 by John McCarthy, who was a professor at Dartmouth College.

McCarthy said that he wanted to use the concept of artificial intelligence for machines that could think like humans. In 1959, the first AI program was developed by Arthur Samuel at IBM.

He wanted to create a checkers-playing machine and he did so with the help of a computer. This program became known as “Checkers-playing Machine No. 2” or “CHESS” for short.

In 1965, Joseph Weizenbaum created ELIZA, which was an early conversational program that tried to mimic human talking patterns to simulate empathy and understanding with its users.

From there on, AI has evolved. Today, it is included in consumer-grade techs — such as smartphones, smartwatches, and other devices. For example, SIRI and Alexa, are both precursors of AI. They can learn from each of their users by gathering data and giving their handlers unique experiences tailor-made for them.

How Is AI Used In Healthcare?

Healthcare is one of the sectors that has been most affected by the use of Artificial Intelligence. AI has been applied in healthcare for a long time, and it has already helped to make significant progress in this field.

AI has proven to be an effective tool for medical diagnosis, treatment, and prevention. It can help doctors find diagnoses faster than before, which ultimately benefits patients as well as doctors themselves who are no longer burdened with too much work.

AI can also help in identifying patterns that would otherwise go unnoticed by humans and therefore provide new insights into diseases or treatments not yet discovered. Since AI is interconnected to other platforms, it can check data – do “consultations” – far faster than doctors. This is a game changer.

Some of the areas where AI is influencing healthcare are:

7 AI-powered Trends That Are Improving Healthcare 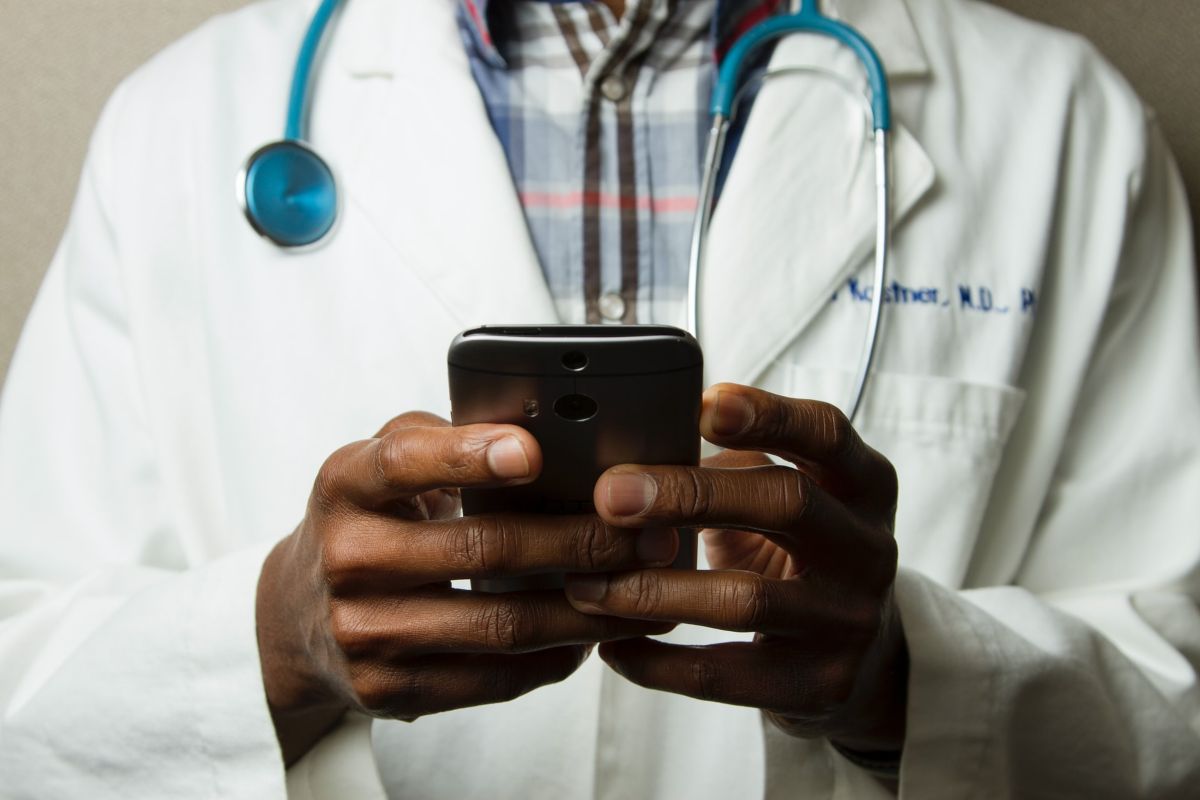 Let’s take a look at some of the ways AI is improving today’s healthcare industry.

AI can spot patterns far faster than humans. By implementing its tech into EHR, AI can in fact – among so many actions – pinpoint population clusters with similar diseases. For example, Google, by using AI, in 2017 – as a test program – managed to determine that a restaurant has a salmonella infection.

How did it do that? It cross-checked EHR records, with GPS locations. In other words, it checked how many folks had entered an area’s ER with stomach symptoms and then checked where they had dined the night before.

AI is being employed in remote patient monitoring in a wild and fascinating manner. Right now, AI can track not only a patient’s habits and vitals but estimate how their treatments will evolve. It can make suggestions to doctors and keep patients educated on their condition.

Robot-Assisted surgeries are one of the biggest trends in AI right now. Robots can help physicians perform microsurgeries — not only in-situ – next to a doctor – but across continents. Doctors can perform surgeries on patients in Tokyo, while in their office in New York.

AI can in fact replace doctors and physicians when it comes to Telehealth. They can be used to create ad-hoc diagnoses — and determine whether a person should be referred to a human, for further analysis, or not.

In retirement homes, as well as for outpatient care, AI is reshaping the way folks are being taken care of. AI is being integrated into most systems and linking up with smart-home functionalities as well as personal tech. This allows doctors to outsource some of their care to this tech.

Virtual reality, the metaverse, Augmented reality, aren’t just a consumer trend and branding fads— today, with the help of AI, doctors can revisit diagnoses, and cases and get a different, much more complete POV on them.

AI and healthcare — Why Take The Jump?

The future of AI in healthcare could include all manner of paradigm-shifting tasks. From answering the phone to assisting in brain surgery without the need of a doctor. AI is right now changing the industry, and in a manner of years, it will become not only commonplace but obligatory.

Author Bio: Hugo Matthews is a Marketing Communication Manager at CareMate a remote client monitoring solution. He is an enthusiastic blogger interested in writing about healthcare technology.

The Ultimate Web Development Checklist of 2023