Cryptocurrencies have been around for a while now, and many aren’t aware of its existence. That means the majority don’t know about its future prospects. These people are unlucky as the cryptocurrency phenomena is trending headlines and among that bracket, Bitcoins are leading the future digital currency.

People have a very negative image regarding Bitcoins, but so far it’s an excellent way to invest your money having no trace and record to it. Having said that, the people who use cryptocurrencies make sure they have extreme protection and keep themselves anonymous without compromising internet speed as they deal in millions of dollars.

Just for that purpose, it’s recommended to use the VPN service of your choice to avoid any mishap. You never know your bitcoin wallets being hacked and penetrated behind your back. What will happen then? If something is connected to the Wifi especially public network, then it is at high risk.

We have come up with a detailed analysis of the top 20 bitcoin wallets available which provides better and profound security of your dimes. All you require to do is create a bitcoin wallet, and that’s it. But it’s important to understand the type of wallets there are available. 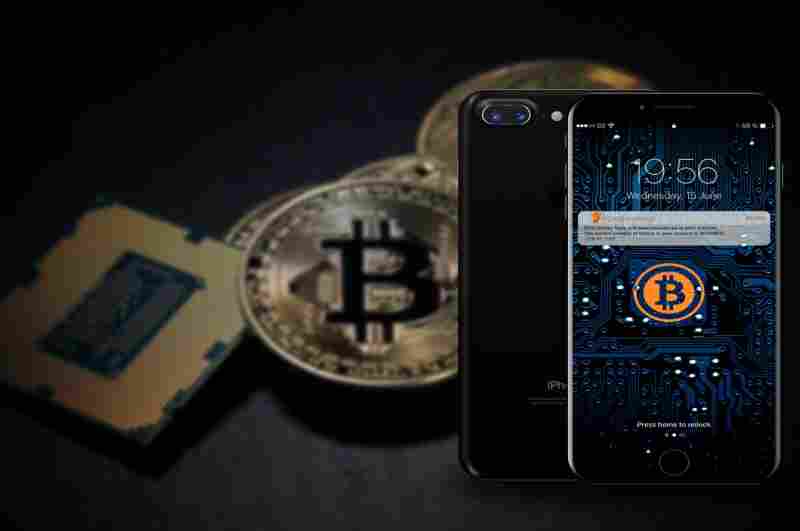 Now Mobile Wallets are the next best integration. Why? Having a smartphone is a necessity not a luxury and people demand to have everything programmed and built in on their smartphones, so they don’t have to walk an inch.

Just use your device to complete all their tasks. That’s where mobile wallets for your cryptocurrency is the next best step.

Having a cryptocurrency is a risky task just because managing it can be a hassle and users are choosy when it leads to Online Wallets. The only name that crosses a crypto users mind is Mycelium! Why?

First of all its an HD wallet and complex functions allowing you to send and receive bitcoins through your smartphone.

What’s unique is the amount of security it provides while transferring your funds. It encrypts your device first then gives a heads up with the added help of unparalleled cold storage functionality.

Being another Android wallet Airbitz is a one-stop solution for those who encounter trouble when understanding backing up functions and seeds.

Having a discount on a wallet seems odd but Airbitz having an affiliation with fold makes it worthwhile by giving a 20% discount on whenever you go to Starbucks and use your wallet.

Two is better than one! Breadwallet is the only stand-alone mobile bitcoin wallet that’s readily available on the Android Platform with an exciting interface.

It’s extensively designed to withstand loopholes and physical theft with the easy of code signatures and strong AES encryption. It’s the right choice for the right Crypto users creating a direct connection with the bitcoin wallet.

Among the rest, Greenbits has a good word to mouth reputation as it caters to a fast transaction without wasting any time of the cryptocurrency holders.

Comprises of being a Native version of the predecessor GreenAddress that supports many hardware wallets like Nano and Trezor.

Just as all it has a built-in two-factor authentication which is a must for all Bitcoin wallets having a simplified and streamlined validation.

The name itself speaks it all as a first-ever Android Bitcoin Wallet. Being the first means having the majority of flaws and loopholes but it surpassed and upgraded them all.

It’s easy to operate, has an inbuilt QR scanning code for payment transactions.

Being a market leader in the Bitcoin Wallet world, it suits all devices! When we say all, we actually mean all devices! Copay has your back.

Having the availability of being accessed on multiple platforms making the users experience worthwhile. What other wallets don’t offer is with a single account users can use the same account on different devices making it easy to maneuver and eases accessibility.

Airbitz is available on the iOS App store which can be accessed quickly. In many regions, it’s free on the App store, but in others, it has a cost attached to it.

Nothing which the users can’t bear. It guarantees 100% benefits to a secure and encrypted tunnel of transaction.

As for these wallets, privacy is the biggest concern, and Airbitz decentralizes secrecy making the users take a breath of relief.

As on the Android platform, Breadwallet on the iOS is better in providing more firm encryption and security with a simplified and unique design making all your online transaction histories easily maintained and updated if required.

Hardware wallets are the most accepted and trustworthy and when it comes to Trezer it’s known as the best option to store your Cryptocurrencies. It’s a USB device and serves as a good wallet making transactions easier.

Everything that you require is in your control and users have full access on how to control it. Waterproofing, durability and hack-proof; it has it all.

Moving onto Ledger Nano S. It comprises on a smartcard hardware device. Looking into its design and hardware, it’s compressed on a USB built design on a simple, smart card. It can be accessed on a Computer with a simple setup required known as ‘Ledger Chrome Application.’

A 24-bit seed is initiated and set up accordingly and has the ability to offline backup data on a piece of paper. “Seed,” is the most important factor involved in case of any loss or theft the wallet can be re-created from scratch with the help of a seed.

Compared to the Nano, Ledger Unplugged is a wireless hardware wallet having the size of a credit card with the security the size of a steel vault which makes it safer than ever as it can be carried in a purse without getting much attention on it. Its different from the Ledger because it uses NFC technology for communication.

As other wallets have their own distinct qualities, OPENDIME is a tiny USB stick and the first ever Bitcoin Bearer Bond which can be used as a standard currency note.

Having compatibility with majority of the devices, it generates a private key for each device which cannot be viewed by anyone and not even the holder itself.

It’s easy to use and hassle-free. The USB connectivity having the 2.0 port can be inputted in almost all devices.

If you are low on cash and you have a small budget, then Ledger HW.1 is the right choice for you. It’s a small smartcard hardware wallet for multiple teams and group that require two or more people using the same wallet making it a secure wallet for online transactions.

This wallet falls under the official bitcoin wallet. This offers better and more profound privacy as it does not rely on date coming by external servers and networks, providing a easy and efficient money handling process. It’s not to fame among the users as it leads to more lags but still used as a Bitcoin wallet.

Bitcoin Core comes under the umbrella of the official Bitcoin client/wallet. It offers better privacy as it doesn’t depend on date coming in through external servers or networks, providing a smooth transaction process.

Not popular among the users due to speed lags, yet ceases to maintain its repo in terms of keeping a copy of the entire blockchain.

Launched by the UK based developer, this wallet offers a streamlined UI interface, easy access of transactions and trezer keepkey backing.

Users are thrilled to use it as it allows more than one wallets at the same time supporting more than 30 languages.

Secure transactions lead to having Armory, as it provides a strong and extensive compatibility and control over storing private keys.

Do not judge the name, it can hold and transact money up to millions and billions worth of money, and the signing up process is easy.

Being known as a fast transaction wallet, it eases the access of users making transactions with a click of a button. Apart from that many functions are offered as a connection to Tor browser, integration of many platforms making it a complete package for a lot of users.

This wallet brings in a lot of features to cater to all the Bitcoin wallet making it a one-stop solution.

Users are allowed to switch between mails and the bitcoin network smoothly giving a user-friendly menu and layout, and most importantly users having SpectroCoin can apply for an IBAN number and credit card making transactions more fun.

This wallet is a multi-purpose technology allowing connection through Chrome, Android, and iOS enabling more advanced security for all platforms.

Coming down to the last wallet; Copay is known as a universal wallet. Why? Compared to other wallets (wallet by Bitpay) known as Copay is the only wallet which has the compatibility to run on numerous platforms such as Android, iOS, Mac OS X, Windows.

Having a Copay wallet would mean you are a rich man as integration on devices would be your unique selling point.

That’s all folks. I am sure by now Bitcoin users are sure which wallet they require and which will suit perfectly to their needs and requirements. Do acknowledge these are transactions worth millions. Choose wisely.

Author Bio: Zubair Khan – a foodie by choice and tech enthusiast by profession. He loves to get his hands into modern technology trends and share the knowledge with everyone. He is currently working fulltime for ReviewsDir as a Digital Marketing Executive. Aside of the work life, Zubair loves to travel new places and explore nature, food is still his first love though! TW & LinkedIn.