Bitcoin market continues to maintain the bullish trend. The greatest motivation for most of the traders/investors is that there’s no central bank or regulatory authority backing it up and their transactions are not traceable.

Some psychologist even claims that people are investing in bitcoins just because everyone is doing so and they are also following the herds. But investors have no idea what they are getting themselves into. 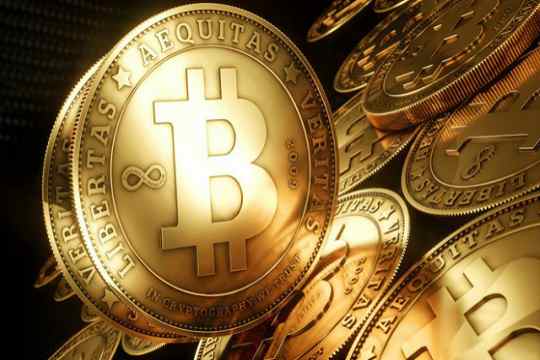 One of the prodigious risks associated with the market is the potential for cyber-attack. BTC is the decentralized peer to peer transaction. Crypto-coins are transported from and to an electronic wallet. The transaction is not backed by any regulatory agency and couldn’t be followed.

The market is booming and hackers can take advantage of a wild ride by unauthorized access to other peoples’ wallets illegally to swipe their tokens and coins to gain millions of dollars. BTC transactions are linked with trader’s email and phone number. And once the hackers have your phone number that is tied in with your BTC account they can need your mobile-phone service provider to make your number ported to the device they hold. This will allow them to log in your account so they can transfer your funds into their pocketbook. And not just your mobile-phone numbers, but also home PCs that can also be targeted by the hacks.

2. Lack of Regulations in Bitcoin Market

Regulating the financial transaction is a prerequisite to improve the market efficiency. It prevents an investor from taking too much risk.

Moreover, lessen the probability of adverse selection and moral hazards that makes market near to perfect. BTC future is uncertain since there’s no regulatory authority backing it up. This offers scope for criminal activities, including tax-evasion and money-laundering.

Even if your account is hacked, there’s no way to get over from the losses you may incur. If your credit card would be stolen, the bank will reimburse you, well this is not the case with bitcoin.

A speculative bubble is said to be a hike in asset value based upon the exaggerated expectation of future development, appreciation, prices or any other future event that could cause asset valued to pass upward.

These bubbles exist when the value of an asset does not equal to its market fundamentals for reasons other than random shocks. The foremost thing is that bubble is not completed until prices come back down to standardize levels.

The bursting of these bubbles even leads to financial crisis and could depress the real economy. One of the top economists, associated with Yale University Stephen roach warns:

Bitcoin is a dangerous speculative bubble. Like all bubbles, they burst. They go down, and the one who’s made the last investment gets hurt the most, there’s no question about it.

This time the bubble developed around an asset that had no clear intrinsic value. The high volume of BTC turnover, while the limited real-world uses posing that many traders are only seeking speculative gains and never plan to use for real-world transactions.

Moreover, with a twenty-fold increase in BTC prices with no regulatory authority backing up, it is evident that its prices are certainly a bubble.

Price of bitcoins has been seen highly volatile. With the linear supply of 21 million, out of which 15 million have already been mined, the prices are going up.

Moreover, in many countries governments are attempting to restrict BTC circulation and further moves are even expected. This sort of announcements and expectations making its prices volatile.

The bitcoin market is also highly vulnerable to rumors as most of the traders/investors are inexperienced. News event also largely scares BTC users and frequently coincides with price movements in the market as happened in the case of bankruptcy of Mt. Gox (a popular bitcoin exchange based in Japan), high profile use of bitcoins in drug transactions via Silk Road.

China is the major player in the bitcoin market. BTC dropped 50% in 2013, when BTC China announced that it could no longer accept deposits in Chinese yuan. In the meantime, bitcoin had dropped against other currencies falling from £750 to £300 in the UK and from $1242 to $480 in the US.

All of these incidents had badly shaken the confidence of BTC users and made it an unclear store of value, due to which news events can swing much as we observe with fiat currencies.

China is the biggest host of bitcoin-miners accounting for over 90% of global trading. Currently, there’s a massive outflow of yuan leaving the country, and this makes Chinese afraid to see yuan devaluate any further and making it vulnerable to sabotage from the Chinese government. This year China has already banned initial coin offerings ICO and called for the refund to be made to investors.

Bitcoin has revolutionized the global market by being first decentralized digital currency. Its value continues to climb. But masses are unaware or may ignore the risks connected with the volatile digital asset. Bitcoin is exciting and has tremendous potential but people should understand that risks go hand in hand with that. You may make tons of money, but it’s time to remind ourselves that it’s just as easy to lose everything.

Related: How Can Blockchain Technology Help Transform The Finance Industry

Author Bio: Sarah Smith has been a personal finance author for the last five years. She is also an independent and a very passionate finance and investment advisor. She regularly posts at www.personalincome.org.