An ability to forecast foreign exchange rates and to predict trading trends are important for any investor, for anyone who import or export goods globally and for any individual who sends or receives money regularly. Speculation regarding foreign exchange and trading trends for 2018 (with a focus on current exchange rates to and from Australia) take into consideration an exploration of key indicators as well as comparative analysis. 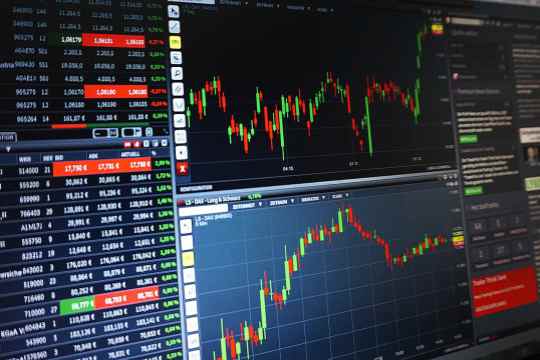 Forecasting of the Foreign Exchange Rate (Forex rate) is determined by a number of key indicators. We use these key indicators in order to achieve the best exchange rates for investment purposes. Another benefit of this information is the ability to evaluate the optimal time for international money transfer.

Simply put, exchange rate equals the price of one currency expressed in terms of another currency. Trading of the Australian dollar (AUD) — like most major currencies — is measured against the US dollar (USD) and against the trade-weighted-index (TWI) which represents an average of a basket of currencies, ie. Australia’s trading partners.

Therefore, the rising and falling of foreign exchange reflects government policy, foreign trade and a number of other economic/political factors. This encompasses conditions such as inflation, interest rates and employment rates. Naturally, foreign exchange rates reflect political stability and performance and can be determined by global events such as natural disasters, war and recession.

Foreign Exchange rates to and from Australia

For investors (as the market currently stands) the AUD presents as a high-yielding prospect — with the euro, yen and Swiss franc looking relatively safe. Therefore, it is currently a favorable time for transfer to and from Australia with best exchange rates.

The beginning of 2018 saw a faster than expected boost to the Australian Dollar (AUD) due to Chinese GDP growth in January. China’s continued forecasted growth suggests that healthy consumption and investment spending will support commodity prices and Australia’s terms of trade.

The Reserve Bank of Australia showed a careful level of optimism by holding off on increasing interest rates during the early part of 2018, reflecting the same positive outlook in its quarterly policy statement. While wage growth and inflation in Australian still remain low, other key indicators such as business confidence and employment rates have improved considerably meaning a level of stability for the AUD.

The first week of February 2018 proved a rough week for global equity markets, experiencing their largest losses in over two years. Given this turmoil, it was a foregone conclusion that the greenback would suffer against the yen.

Inflation data released recently in the US (current 19th February 2018) has resulted in a steep decline in the USD, resulting in a corresponding rise for most majors (including the AUD). The Aussie dollar climbed into the high 0.79s against the USD. This is an increase of 2 percent higher than the previous week’s closing rate of 0.7812.

Analysts do point to a likely future rise in the value of the USD, dependent on factors such as changing monetary politics and ‘Trumponomics’ ie. if President Donald Trump is able to pass tax cuts as promised.

Sterling investors faced worrisome tidings in early 2018. This was due largely to Brexit negotiations — namely that transitional deals are not likely to pass, meaning that persisting disagreements spell bad news for the GBP.

“Our partners [British negotiators] have set out a number of disagreements which I see as substantial. To be frank, if these disagreements persist, transition is not a given,” said EU’s chief Brexit negotiator Michel Barnier at a press conference in Brussels.

Future forecasts regarding the sterling are very dependant on the outcome of these proposed negotiations. Should the situation somehow turn in favour of political agreement the GBP is likely to pick up in a congruent fashion. As such, the pound is touted by some analysts as being “the number one market to watch in 2018”.

Thus far in 2018, the Australian dollar remains on average steady — relative to the high level of disruption in the global marketplace. All in all, the Australian economy is doing reasonably well — despite a fluctuating international climate. Currently, the AUD is positioned favorably to return the best exchange rates.

While the tide may turn as 2018 plays out (with the USD and GBP positioned to make strong gains largely dependant on economic/political factors) the AUD displays some resilience relative to the turmoil experienced by most other majors, at least for the foreseeable future.