Most of the financial advice out there really doesn’t cater to self-employed people, including freelancers. You’re in fresh territory and most of the financial advisors out there haven’t yet figured out what kind of advice they’ll give to your group. But, worry not, we’ve got you covered with some solid tips on how you can manage your finances as a freelancer. Here are seven helpful tips to aid your money management as an online freelancer. 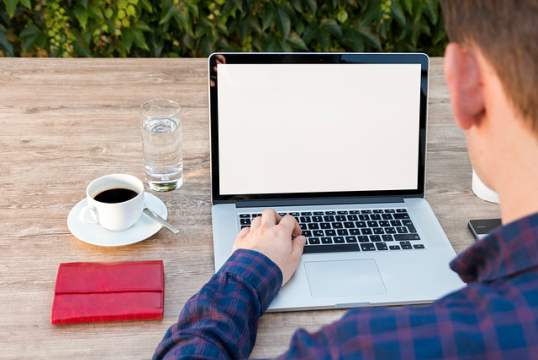 If you’re freelancing on sites like QuiGig.com, then part of the work is done for you and the process is a little easier. However, if you’re like most other online freelancers, you’re a lone wolf, and you need to keep track of your own taxes. That makes it easy to forget and just spend your money. However, you should always have taxes at the back of your mind, or you’ll be scurrying around in panic come filing day.

Always keep some money aside for your taxes, which might well be quarterly instead of yearly, so you don’t have a headache on filing day.

This is a pain point for most people. Preparing a budget can seem impossible because it means restricting yourself and that just doesn’t rhyme with the whole self-employment vibe. You probably became a freelancer so you could have more freedom, and that included financial freedom. Why should you begin to take orders about how you can spend your money from a spreadsheet now?

Despite that, however, a budget can be immensely helpful when managing your finances. The first mistake most people make is to prepare a budget using unrealistic numbers. You should prepare yours using current data that reflects your monthly income and expenditure better. That way, it won’t seem as restricting.

Keep updating your monthly budget to reflect your own fluctuating income and expenditure so you don’t feel too restricted during bad times and don’t spend too much during the good ones.

You aren’t getting a regular paycheck from an employer anymore. Your money comes to you in bursts and streams, making it particularly tempting to spend whenever the need arises. After all, you’ll make more tomorrow, right? Wrong!

Spending without any kind of check is a major trap most freelancers fall into. It can make it look like you have unlimited funds but it comes right back and bites you in the rear when you have nothing in your bank account when tax season rolls around or, even worse, when a major emergency comes up.

A good way around this is to pay yourself a fixed amount at the end of the month and keep the rest in your account for other purposes. This gets you into the rhythm of a paycheck you’ll have to stretch for two to four weeks before you see the next one and forces you to be more disciplined. It also allows you to have enough to put away in a rainy day fund.

This is a good idea whether you’re employed or not. However, it’s particularly useful for a freelancer. This fund should have enough money for you to survive at your current monthly expenditure for the next four to six months and a little extra for such things as medical emergencies. It should also be used only as your final option.

5. Think in Percentages, Not Dollars

This is important because, as a freelancer, you likely won’t be getting a fixed amount every month. During some months, you’ll be getting barely enough while on others you’ll be stumbling upon windfalls that are double or triple your average income.

Thinking in dollars isn’t very effective under such circumstances. Instead, think in percentages. For example, you know 30 percent of each paycheck will go to your taxes, 10 percent to your savings or rainy day fund, and so on. That means your money gets divided the same way whether you earned $50 or $50,000. It’s important, particularly for when you have a windfall so you don’t get carried away and spend it all.

Debt should never be forgotten as it has a way of creeping up on you and becoming too overwhelming eventually. When you’re employed, it’s as easy as having a certain amount deducted from your paycheck every month. However, as a freelancer, you’re in charge of your paycheck, and no one’s going to tell you to put some money away for your $4,000 credit card debt.

Just like you put money away for taxes, you should put some away for your debt as well. Thinking in percentages certainly helps here as well, with the percentage dedicated to debt depending on how large the debt is.

7. Think About Your Retirement

It’s easy to get carried away by the day-to-day hassle of being a freelancer and forget about your retirement. Even if you’re self-employed and are doing what you love, you’ll want to retire one day and will want to have something to retire on. Since you’re in charge of your own retirement plans, make sure you put something away every month that counts toward your retirement fund.

It’s really all about how well you plan coupled with how disciplined you are. Being a freelancer shouldn’t mean letting chaos into your financial life. This is your opportunity to put your discipline to the test and really grant yourself that financial freedom that you set out to gain in the first place.