Ever since the dawn of mankind, it has been noted by some of the most esteemed military leaders that better motivated, equipped and organized troops fight better, march harder and win more often.

Well, like many other trends, this too translates quite well into the business world. With this in mind and without further ado, here are 10 ideas for raising productivity level among employees that are bound to result in a massive boost for your company. 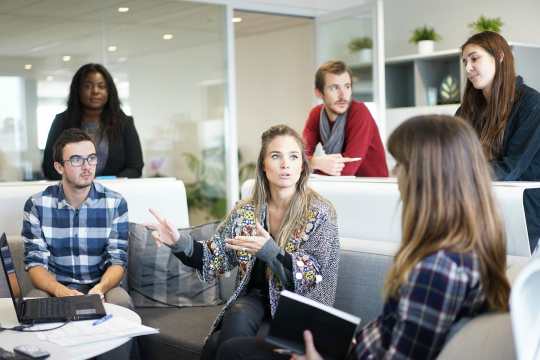 1. Put the strongest focus early in the morning

In a situation where you have some meetings scheduled for that day, it might be best to postpone them for later on in the day.

You see, according to numerous surveys, the first two hours after we wake up is when our productivity is at its best. This is why it might be for the best for your employees to spend these two hours on demanding creative tasks rather than listening to a corporate speech or handling menial chores.

A fair portion of people in your employ might be workaholics and, although this trend may sound great to any boss out there, this idea has more than a couple of ways to backfire.

Working non-stop can have a bad effect on one’s ability to focus which will, in turn, diminish their productivity. Because of this, you need to introduce mandatory breaks every now and then.

Another trend that is known to boost productivity in the workplace is one of standing desks. While some people may fear this idea, working behind standing desks doesn’t mean that one is required to stand 8 hours straight.

The way it actually works is quite similar to the Pomodoro Technique where one works for 20 minutes straight and then rests for 10 minutes. Apart from boosting productivity, standing desks are overall great for one’s posture and their cardiovascular system.

Even though having a breakroom is a great practice, if it is too close to your break area, this might cause a problem in the form of both visual and sound distractions.

Hearing their coworkers chatting, laughing and murmuring while they’re trying to work is distracting at very best, while some might even go as far as to call it demoralizing.

If this is not an option, then you should insist even harder on everyone taking a break at the same time (something we already discussed earlier on).

The next thing you need to know is the fact that according to a recent statistic an average office worker spends about 31 hours per month on various meetings.

Of course, when it comes to brainstorming and breaking important news about the future of the company this is more than justified. On the other hand, calling a meeting for something that can be stated in a circular email or a standing meeting is definitely a counter-productive practice.

It is known for quite a while that the messier the place is the harder it is for people to focus. All those clutters pose for messy visual distractions your work could honestly do without.

Not only that but some unnecessary office items and furniture pieces actively block vital pathways, thus, making the commute across the office nearly impossible.

For starters, you should look for a nearby storage unit where you can place all these excess items until you can make up your mind whether to sell, discard or donate them.

We could not stress out enough just how distracting a noisy working environment can be, which is why you might want to think about investing in silent peripherals.

Getting a silent mouse and a silent keyboard for every single person in the office may be expensive but is definitely worth every last dollar.

Still, for those who just can’t seem to fit this into their budget, you should at least try to purchase a noise-canceling headset for everyone and in this way negate these effects.

While some people find the idea of communicating to a coworker sitting 3 seats away from you through a Skype message ridiculous, there is definitely a method to this madness.

For starters, imagine a scenario where everyone started yelling at the same time when they have a question. Although a bit impersonal, IM communication amongst coworkers definitely has its ways of being helpful.

By now this is the third point that has something to do with a break, which only goes to further prove just how important this is.

Ancient Romans used to say that there’s a healthy mind in a healthy body and this is a principle to live by. Why not use your breaks to get everyone moving and in this way improve the flow of oxygen to their brain? Needless to say, this is also one of the healthiest, the most effective ways of keeping everyone awake.

Finally, if you’ve done all of the above and your employees still have a hard time giving their best, it might be because they feel underappreciated.

To fix this, you might want to try offering some incentives like promotions, raises or even something non-material like a public praise. At the end of the day, even a hand-written thank-you-note, followed with a gift card might do the trick.

The best thing about the above-listed 10 items is that they work flawlessly both on their own and as a part of a larger system. Therefore, it is completely up to you to choose which of them to implement and which to ignore completely.

More Read: How to Create Awesome Brief Design for your Clients?

Author Bio: Lena Hemsworth spent a better part of her life working as a business consultant in Sydney.  Now she is a freelance blogger and copywriter. When she is not working she enjoys kite surfing and taking care of houseplants.

How To Optimize Office Space?

How To Organize A Remote Team Efficiently