John Carpenter is a marketing consultant at Scholar Advisor and he agrees that procrastination is a monster he has had to wrestle to the ground on numerous occasions. The terrible thing about it is that it is so easy to fool yourself into thinking that pointless activity you’re taking part in, even doodling, is absolutely crucial to helping you ‘get in the zone.’ “Sometimes, I just find myself staring at the screen without actually looking at anything. And somehow I believe all the answers to my problems will somehow pop right out!” He says in his typical cheerful tone.

Procrastination can eat large chunks out of your time, forcing you to work late into the night, sacrifice your weekends, and miss many deadlines. So how does John overcome this creature and manage to stay productive?

According to him, some simple practices have enabled him to take back control of his time and reduce the amount of procrastination he engages in. “To be honest, you can never completely eliminate procrastination; you can only reduce it. But you can make it vanishingly small.” John adds. Here are his tips to battle procrastination. 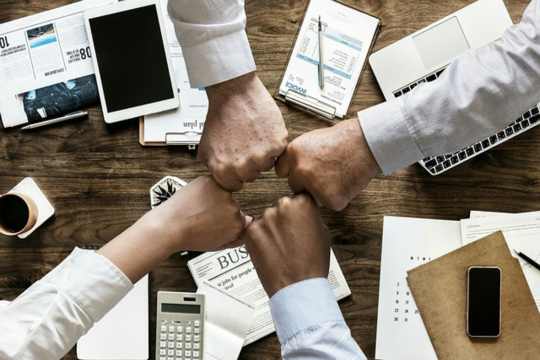 It might seem a little like drudgery to have to write down everything that you’re going to do the next day, but it works.

According to John, you should write down the 6 most important things you intend to do over the next day and order them according to priority.

This helps you keep your priorities sorted so you’re not giving in to procrastination until everything on your to-do list is completed.

“Your smartphone is the mother of all distractions. These little screens of light are capable of totally derailing us from our work until it’s too late.” Quips John.

You will tend to get lots of little beeps and bops, which are usually notifications from your social media or messages from your friends who have also fallen into the trap of procrastination. Switch the phone off to avoid the distraction.

If, on the other hand, you’re expecting an important call, or simply cannot envision a situation where your phone is off, turn the data off. You’ll be surprised at how much your productivity soars.

Much of our procrastination is brought about when we start doing the small stuff and then get carried away. John used to check his messages and emails throughout the day, whenever he got a notification.

This would lead to other tangents, such as checking social media or watching a cat video that took him way off-course from what he was doing.

He has since adopted a daily schedule where he checks his email during a 15-minute window in the morning, responding to them as the need dictates. The rest of the day is for serious business.

We’re human beings, not machines, and so we need to take regular breaks from our work, or we won’t be as productive as we would like to be.

Staring at a screen and typing away for hours on end won’t help you come up with that brilliant marketing idea that’s going to get the employee of the year award you’ve been coveting all along.

Sometimes it pays to go outside and take a 5-minute breather and get some of that fresh air pressing against your face.  Take the pressure off yourself, and you’ll see the ideas flow effortlessly.

John says some of his most productive marketing work has been done while seeping coffee at a café or enjoying a view of the mountains with his Macbook by his side.

A change is as good as a rest, they say, and nowhere is this truer than in the workplace. Sometimes you just need a break from the stuffy atmosphere of the office to get your creative juices flowing.

It’s practically amazing the profound effect that waking up early can have on your overall productivity. John says that some of his most productive days are the ones where he woke up by 6 am.

Did you know that some jobs are better done in the morning than afternoon and vice versa? For example, as a marketing professional, you’ll have to do plenty of reading as part of your job. This includes blogs, white papers, and infographics. This work is generally more productively one in the afternoon, outside, with fresh air blowing against your face.

The harder and more active jobs, like writing and preparing presentations, should ideally be done in the morning. Take note of this when you prepare your to-do list, and you’ll be well placed to get more done.

All that hard work will be a lot easier to bear if you give yourself a treat every time you achieve a major milestone in your daily routine, such as crossing an item off your to-do list. It could be a half-hour of social media, or your favorite smartphone game, taking a nap, or simply zoning out and enjoying the blissful emptiness. This will fuel you to achieve your goals because you’ll be anticipating that reward at the end.

Procrastination can be a major problem, not just to marketers but to everyone. Ultimately, you’ll have to give yourself some quick love and just get on with it. The tips above should help you kick the habit and begin your journey to some awesome productivity!

Read Also: How to Stop Procrastinating and Finally Start Your Own Business

Use A Business Car? Here’s How To Save Money

The ABCs of A Successful Marketing Strategy