renewable energyTechnological progress offers all kinds of innovations to enhance our daily lives. Every time using the device, we rarely think about the nature of the energy we consume. Everyone wants a comfortable life and get the necessary supplies. Those, who look in the future, get in the mainstream of renewable energy technologies.

Renewable energy sources are solar, wind, geothermal, hydro-power and bio fuel. The list of sources is well-known but technologies did not develop actively in this area. Estimating the increasing energy consumption, arose a need for technological innovations in the production of renewable energy.

Renewable sources of energy are increasingly replacing traditional ones. Not so long ago, equipment for alternative energy was more expensive than oil and coal, and the coefficient of efficiency was small. However, the continuous development of technology reduces the cost of electricity production through renewable sources.

Financial benefit is an important aspect of the innovation success. You can research and estimate development perspective and income from green energy technologies in your finance essay writing.

Alternative energy sources have a number of significant advantages:

The combination of wind turbines and solar panels is considered one of the most effective and comprehensive approaches for obtaining green energy.

Processing of the solar power assumes the existence of large areas and heavy structures. Recently, the situation has changed. A qualitatively new approach proposes solar thin technology. It’s actually rolled panels that are simple to install and can be placed almost everywhere. It has lower cost and wide opportunities to implement.

Another step in developing solar energy is microcells in windows. Solar windows have a coating that generates electricity. This does not affect the quality of the glass and you will be able to enjoy the view from the window. Solar balloons are massive silver balls to collect solar energy. They accumulate it, by directing solar energy to solar cells.

A hairy panel is a modern replacement for silicon wafers. The panel is built on processing nanowires. There are wires on carbon-nanotube fabric that absorbs more energy of the sun and increases the efficiency of the collection.

The work of the ordinary solar panels is based on the capture of a ray of the visible spectrum. Adding new materials into solar panels enforce to capture the infrared spectrum of rays and produce more electricity. That is a new direction in solar technology.

Related: How to Start a Solar Energy Business? 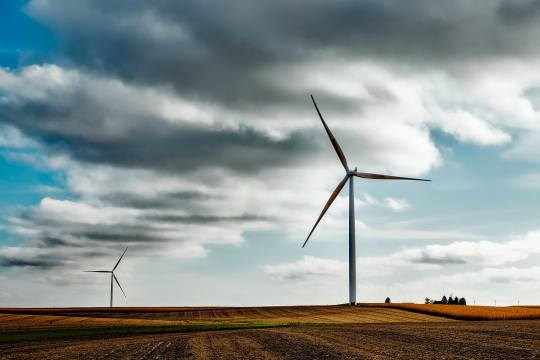 Horizontal axis wind turbines are the most common constructions for processing wind power in electricity. They cause some inconvenience in placement. In addition, these are massive structures, they create noise, danger to birds and expensive to maintain.

The location of the blades of the wind generator is vertical. New developments of wind power are directed at capturing the maximum number of air streams. To realize this goal, a device was invented that was able to first capture the wind in all directions and then direct it upwards to the horizontal blades with a single stream. The wind trap is equipped with grilles to protect birds and creates a minimum of noise.

The development of new versions of turbines offers an alternative to blades. Innovation lies in the fact that the turbine is equipped with disks that are located at different angles. Thus, they capture the wind from all directions. The distance and the number of disks in the turbine can be adjusted to make the set up easier and allows to place wind generators in any areas.

For transformation wind energy in electricity, the inventors of the new turbines are aimed at obtaining the maximum return with the minimum installation size. The jet engine became the basis for the development of the turbine. As in the plane, the unit is equipped with static blades. This design creates power amplification due to additional twists just before the spinning element.

The absence of friction contributes to the efficiency of wind turbines. The solution is the magnetic levitation of the turbine. According to the principle of operation of trains on magnetic levitation, such turbines will produce more energy and start working even with small wind fluctuations. It’s all about reducing friction.

A few words about the location of wind turbines. One of the most promising areas is the location on the shores of the seas and oceans or directly on the water. Since a long time the wind has served as a movable force for ships, therefore, engineers successfully implement projects of floating wind turbines.